Saturday 16th February.
The day has finally arrived where I will be transiting the canal, something I have wanted to do for a long time.
The morning was quite frantic; a lot of chasing around, poor Edi was dealing with a hangover from the deepest darkest depths of Hell… However, he didn’t flinch from his assigned tasks, Bob and I were not giving any sympathy, and both he and Paul knew it, and set to work with a determined vigor. We were to be in the first group of Oyster’s scheduled to go through the canal. We would go through with 10 other boats; 9 of us would be rafted together in groups of 3, our group consisted of ‘Crazy Daisy’ port side, ‘Dreams Come True’, center, and ‘La Frigante’ on the starboard side. We all headed out of the marina one behind the other, it was quite a lovely sight 9 beautiful yachts all leaving together, then we all waited in ‘the flats’, an area off to the side of the entrance to the canal, where we waited for the pilot boat to bring us our official who would travel with us and instruct us on the procedure through the canal. Our official was a lovely, friendly young man called Edgar. Once aboard we headed towards the entrance to the canal. We all stopped short of the entrance where we could raft our boats together, it was not a terribly complicated procedure, but then we had to proceed as one boat, with all three captains driving and steering their boats as one, calling instructions to one another, while all the crew ran around grabbing lines, dropping fenders or photographing and filming the whole procedure, some of us just made cups of tea. We had one or two close calls, where the lines became too slack or too tight and our group of boats swung too hard one way or the other and we almost hit the huge concrete walls of the canal. Once through the first 3 locks we all untied our lines holding us together, separated and headed out into the beautiful Gatun lake, where we all anchored for the night. I made a smoked chicken & pineapple dish with sweet and sour sauce, and brown rice with black beans and baby pimentos for dinner. Shortly after dinner we all crashed, exhausted from our exciting day… 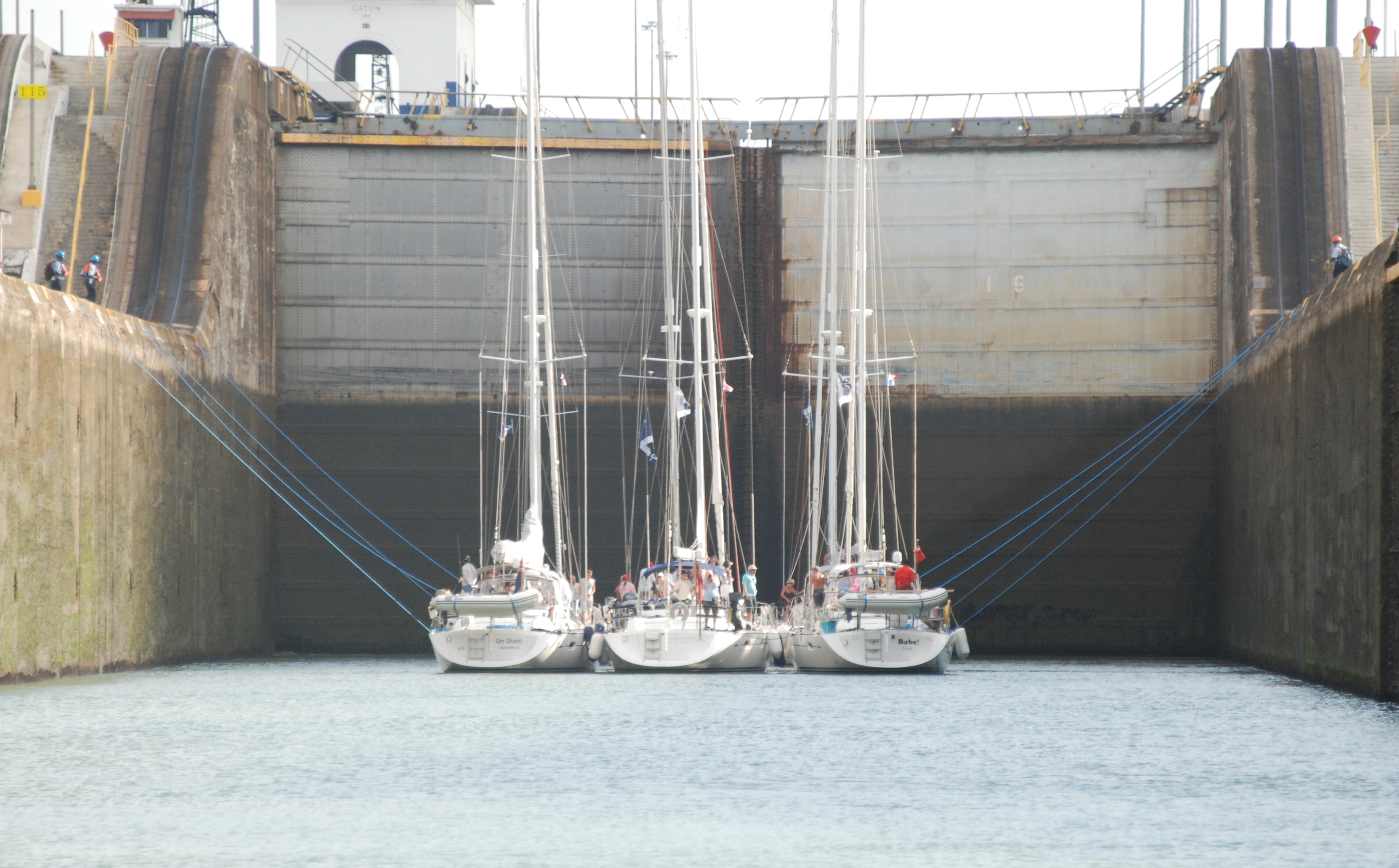 The first group of the Oysters in the first lock.