The sea was like glass in the bay this morning. In the absence of wind, we were forced to motor the 90 minutes from our beautiful Butterfly bay out to Line Reef, one of the closest of the outer reefs to the Whitsundays.

We were only a few minutes out when we received a visit from a pod of about 8 small dolphins, that raced along with us at the bow of the boat. As usual we all gathered on the bow with cameras in hand to try and capture these graceful creatures on film. 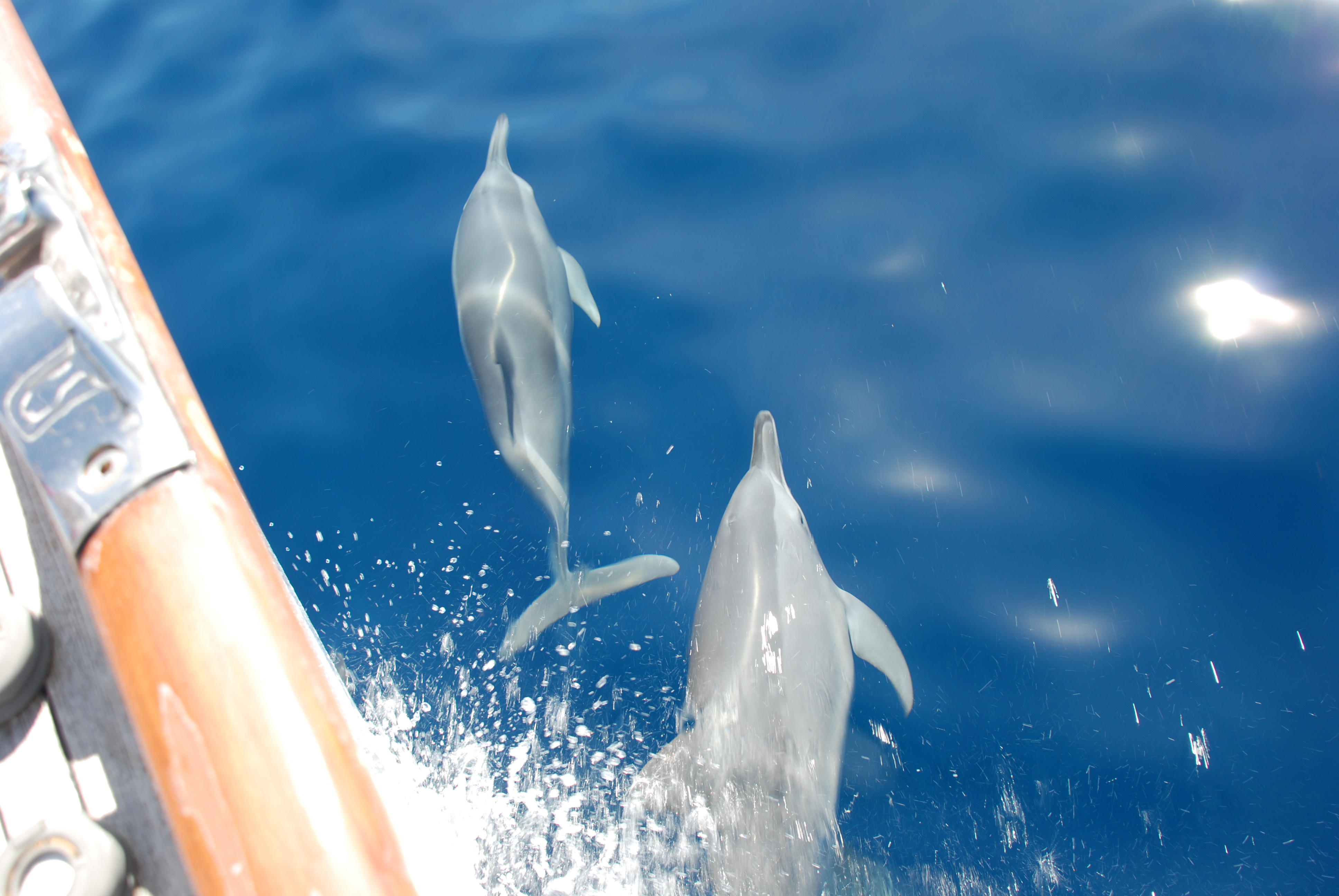 Shortly after the dolphins departure, Glenn spotted a whale spout on the horizon. And over the next hour we saw half a dozen spouts, splashes, breaches and fin slapping as the whales surfaced splashing about on the water. We followed for a while keeping a respectable distance.  I was really hoping to see one come close to the boat, but that didn’t happen. 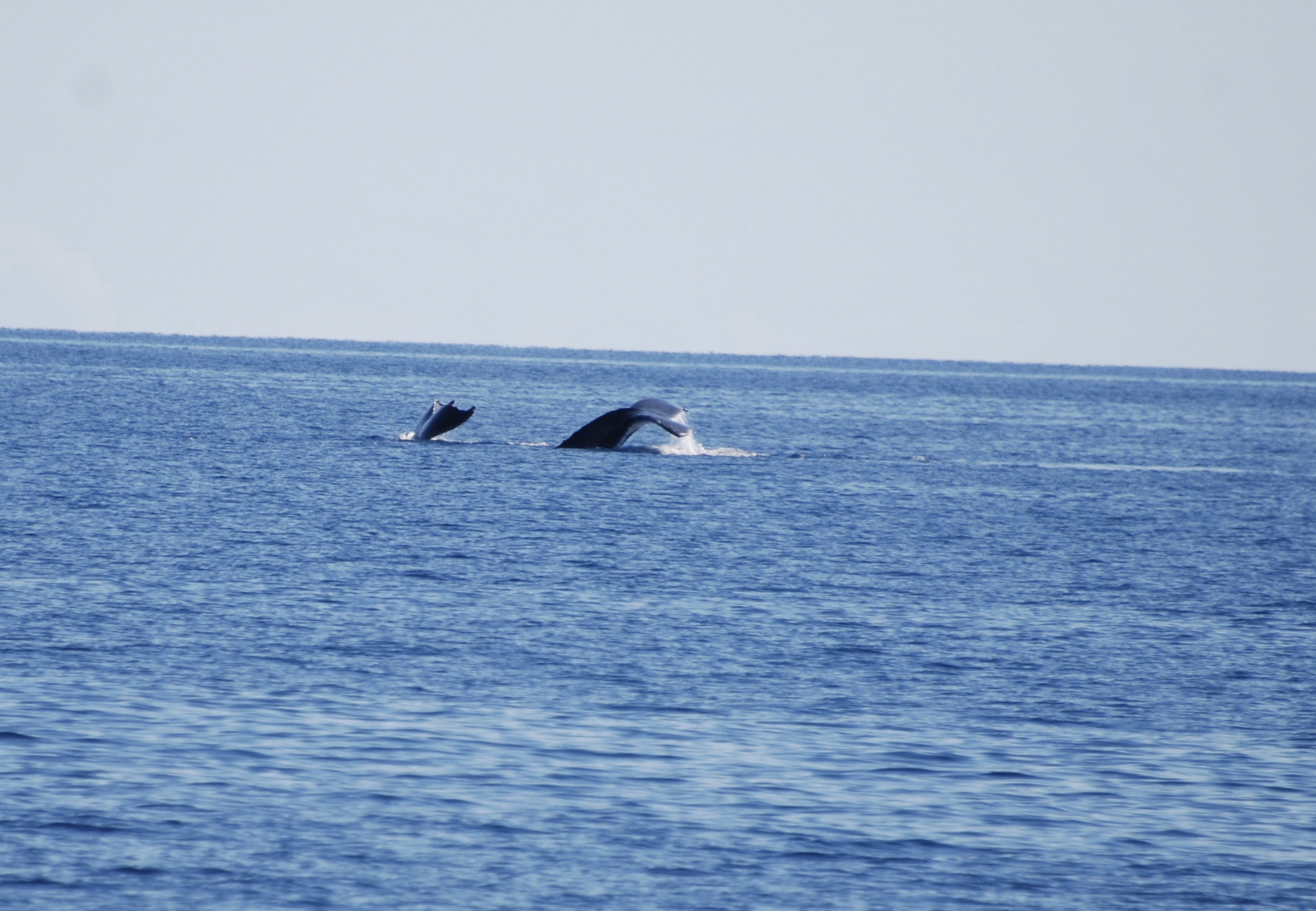 Anyway we arrived in Line (from Hook, Line & Sinker reefs)at lunchtime, and everyone leapt in the dinghy to go to the “waterfall” I thought they were kidding, here we were in the ocean, hours from the nearest land, the water was flat as a plate of glass, and we were going to see a waterfall! I was confused to say the least, but I was going to go and see what the hell they were all talking about.

So anyway, it turns out there’s a break in the reef and at low tide the water from the lagoon pours back into the sea with tremendous force, causing a huge rush of water resembling a waterfall, it really was quite spectacular, who would have thought! The ocean is just full of surprises…