Still in the Boatyard

Our planned visit to Curacao was only meant to be for a couple of weeks to hang out in Spanish Waters. We’re all making our way steadily West to Colombia, “the all” being Bubbles (Leo & Karin) Amelie (Debbie & Stephen) Babe (Paul & Trish) and us, Crazy Daisy… 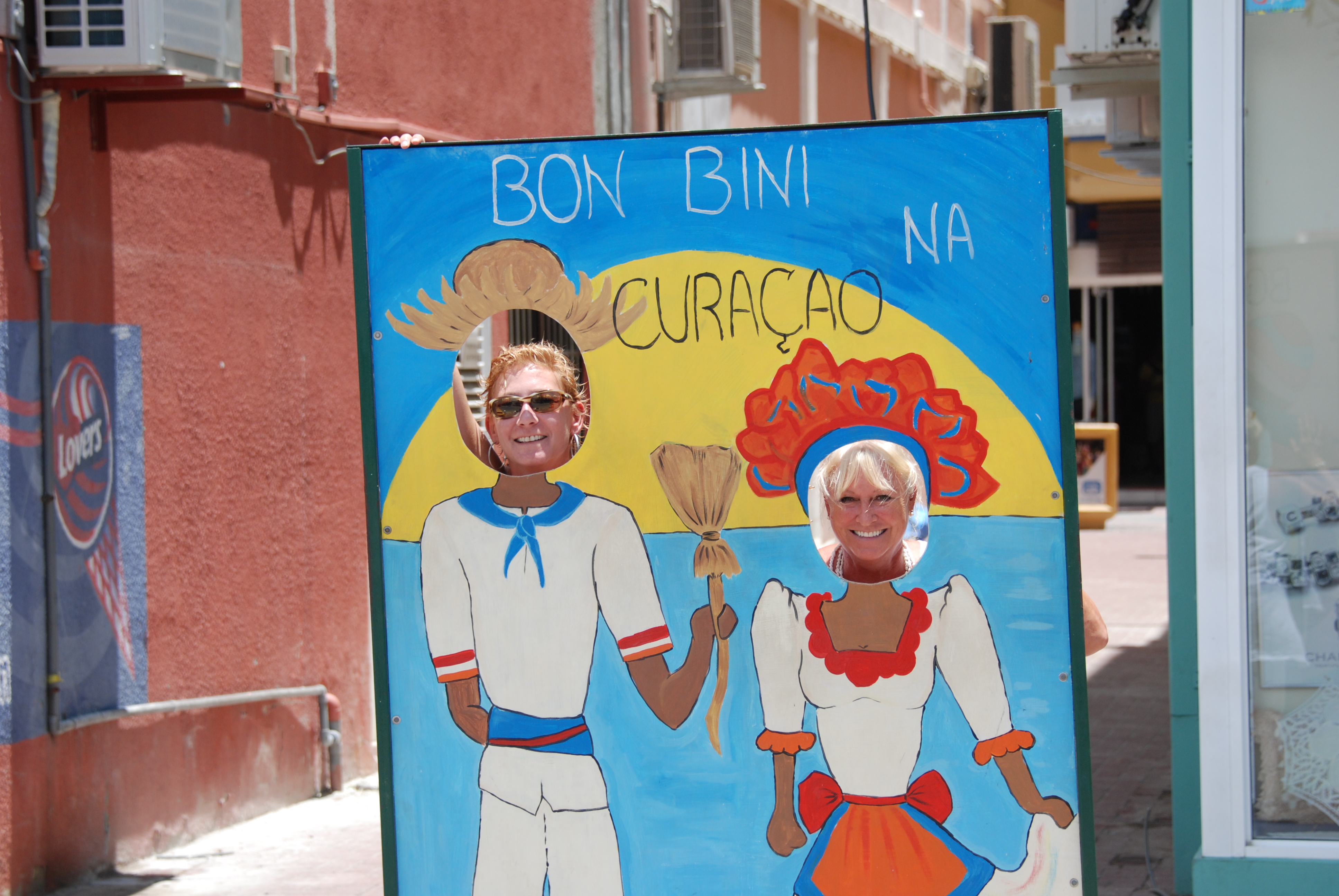 Karin & me in Williamstad, Curacao

As we were so close to Curacao marina, a marina that specializes in painting boats, we got a quote and made the decision to go ahead and have Daisy painted. It was something we had been putting off for the last few years, but a recent, nasty gash in Daisy’s side, while coming alongside in Bonaire marina meant we really couldn’t put it off any longer and this was too good of an opportunity to miss. Amelie was also going to the boatyard to have her generator fixed, this meant that we would have company while we were there. 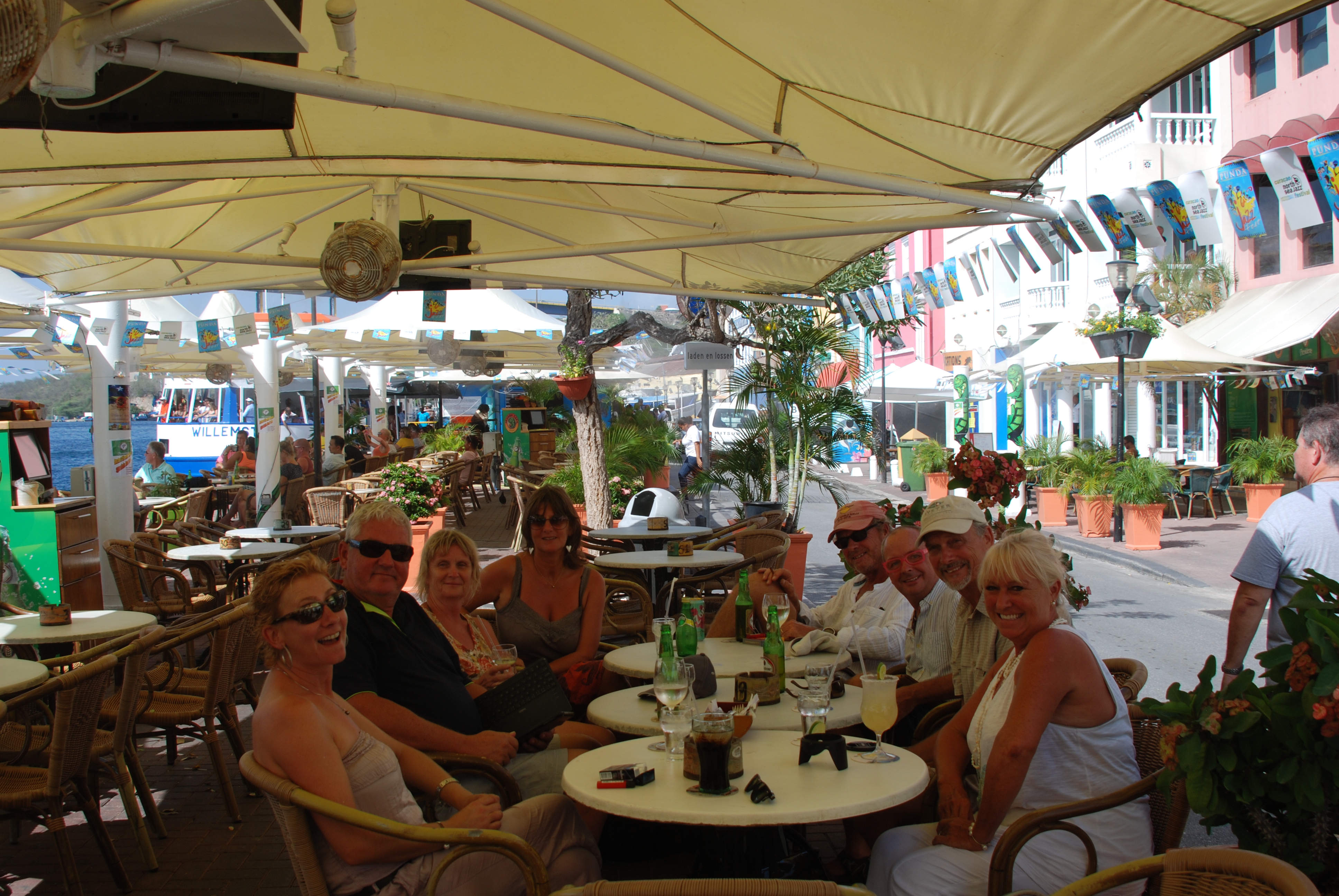 Babe headed off to Colombia, Bubbles stayed in Spanish Waters and Amelie and Daisy headed into the boatyard. Sadly the news on the generator was not good but with Leo’s help Stephen was able to order the much needed replacement parts from Holland, this meant yet another delay in their planned departure. Daisy’s mast was lifted within a day of us arriving at the boatyard, but it was almost a full week before she was actually hauled out, and work started on her in the paint shop.

Stephen and Debbie kindly invited Bob and I to stay on Amelie with them while Daisy was in the shop. This meant that we could be on site 24 hours a day, giving us the chance to get to work on touching up and repainting the mast, boom, vang, spinnaker pole and all the dinghy updates. Stephen blew up his kiddie paddling pool for me to give all our lines a good wash. The paddling pool is a great idea, it blows up large enough to get about 15 lines in for cleaning, and then when no longer needed it’s deflated and put away without taking up too much (valuable) space on the boat. Cleaning the lines was hard work in the burning sun, and the lines were heavy so it was exhausting too, but it was great to get them all cleaned. We all worked hard all day on our various tasks and our nights were spent relaxing, enjoying great food, delicious cocktails and wine and playing board games, mostly Rummikub.

Leo was driving over to the boatyard each day to help with the generator work, so eventually we convinced him to move Bubbles around to the boatyard with us. Work on Daisy was very slow and Bob had to have a few words with the boatyard owners and suddenly work started with a passion. Amelie’s generator parts eventually arrived from Holland. Stephen, Leo (Leo’s crew member whose name I can’t spell) and Bob all got to work and within a day the generator was fixed, up and running like new again.

Meanwhile, the work continues on Daisy, Debbie and Stephen are staying a few more days to do some more maintenance work and cleaning jobs on Amelie. Bubbles left yesterday morning, to visit Aruba for a few days and will meet up with us when we all arrive in Santa Marta, Colombia later this month. 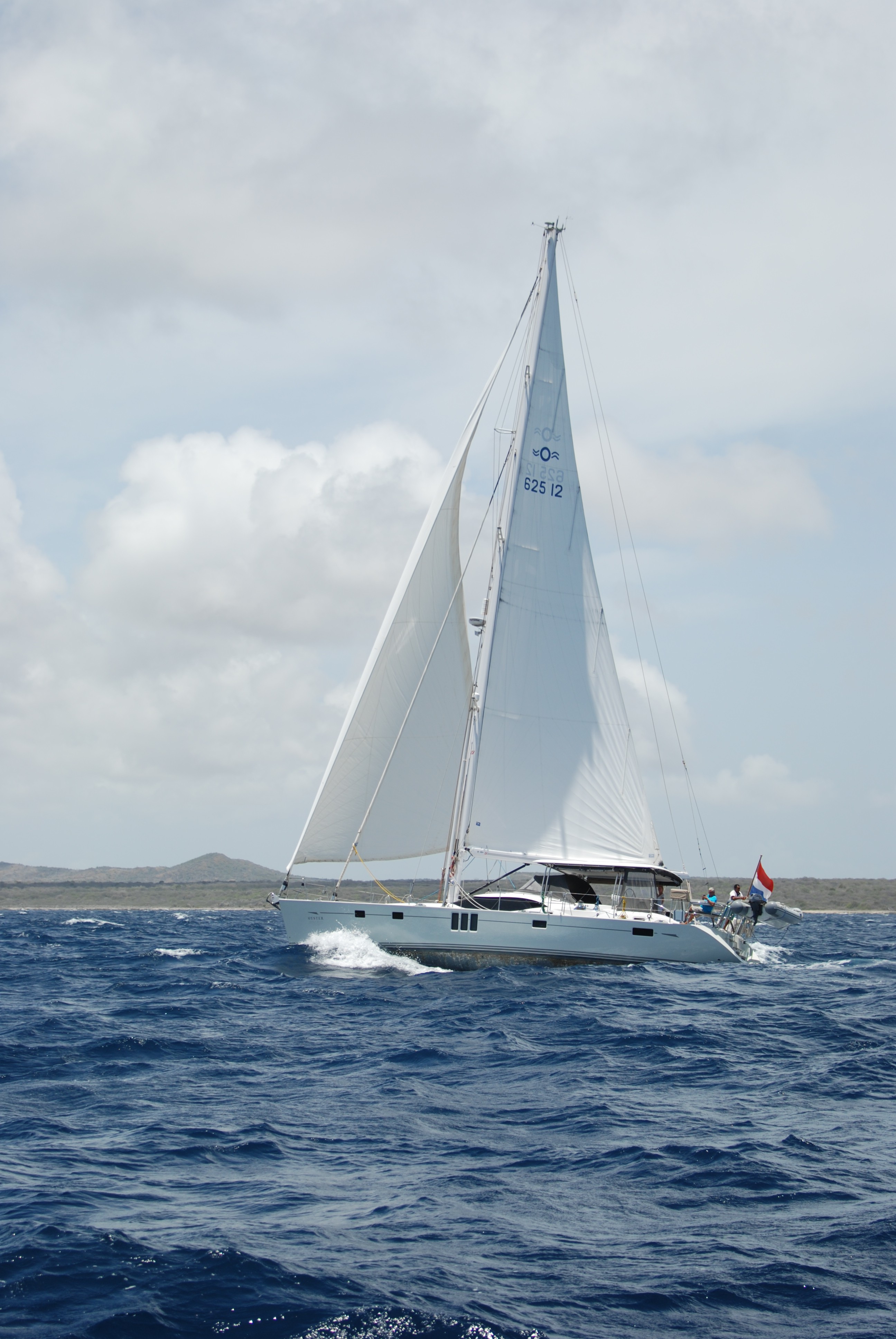 We have an invitation from Louis, a long time friend on Curacao, to stay in his house should Amelie leave before Daisy is back in the water so we don’t have to stay in a hotel. I’m hoping that Daisy will be finished early next week, then the mast put back on and we too can prepare to leave for Colombia before the weekend, that’s the plan (fingers crossed).

This article was posted in 2015, The ABC's. Bookmark the permalink. Follow comments with the RSS feed for this post.Trackbacks are closed, but you can Post a Comment.