No I’m not talking about the dishes we serve, although despite all odds Lesley and I both come up with incredible meals while underway.

I’m referring to the delight’s of preparing those gourmet meals while underway.  When the passage is smooth and we have the windows open or the air con running it’s not difficult to work in the galley, but when the conditions are such that you have to hold on for grim death to anything that enables you to remain upright while everything around you is moving, it’s a real challenge.

Yesterday it was all too much for Lesley, we were both bouncing around the galley like ping pong balls in an arcade game, so I took over preparing the dinner, as by some miracle, despite the horrible conditions I was OK.  I’ve only taken one Dramamine (for seasickness) since I arrived, but that’s mainly because I just forget to take them, and by some miracle I haven’t been seasick once.  I’m actually able to function in the galley!  I think I may have found my sea-legs at last.  However, we were tipping from side to side so much, everything was slipping and sliding around all over the place, I was attempting to cook a vegetable curry with rice and samosa’s for six people.  The oven which is (obviously) gimbled, was tipping so much, with two large boiling pots on the top I couldn’t even open the oven and had to call Bob and Stuart to help. Just the effort of standing upright was exhausting.  True Blue continues to plow along at 10 knots, and at that speed it makes it even harder to find your balance.

Yesterday the galley sink pump stopped working, meaning we couldn’t drain the sink, so Glen and Bob had to take it all apart and fix it, not a fun job with the boat bouncing around and the galley about 100 degrees. Eventually Don put the air con on and that made a big difference.

When provisioning in Portvila, I had spent a small fortune on wine and spirits (not that we’ve been drinking much on passage), but it proved a real challenge to find storage space for all of it onboard, consequently Lesley and I were filling every space in every cupboard to get it all stored away. 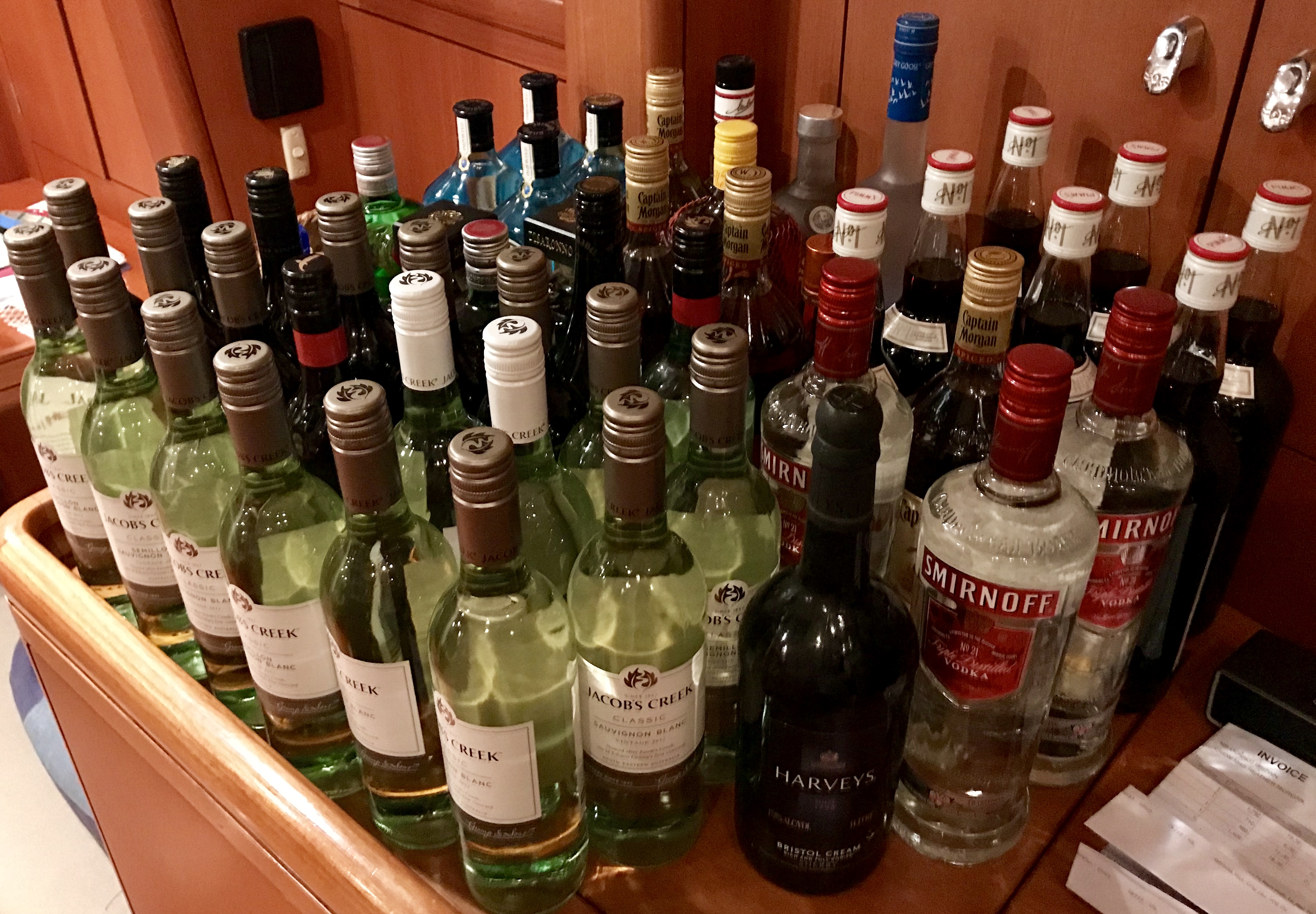 When Don was routing around looking for parts for the sink pump he opened a cupboard and three bottles of wine fell out, one landing smack on his head, producing a large bump, a headache and a bad temper… understandably he was not a happy bunny and came up on deck yelling at me to store the wine properly in the future;  I can’t say I blame him, I would have been pretty pissed too.  It could be a while before I offer him wine with his dinner!

This article was posted in Uncategorized. Bookmark the permalink. Follow comments with the RSS feed for this post.Trackbacks are closed, but you can Post a Comment.