Daisy is now three days into her leg to the Marquesas. Most of the fleet are in front, as once again Daisy was one of the last to leave, (awaiting crew members returning) however, there are four boats behind her so she isn’t totally last. You can see her progress on the yellow brick tracker.

Graeme has rejoined the crew following a whirlwind mission trip to South Africa with his partner Vicky. Our new crew member Erio, also joined Daisy in the Galapagos Islands and will be crewing through to Australia, maybe beyond.

Paul’s return is eagerly anticipated by all, hopefully he will rejoin the crew either in the Marquesas or Tahiti. His great company and wacky humor is much missed by everyone.

Daisy is sailing with her sister ship “Dreams Come True” as the captain had to fly back to Europe on business, leaving the young crew to sail her on alone, so Bob, and Daisy’s crew are sailing close by to keep an eye on them.

So far it’s been pretty smooth sailing, they have picked up some wind and the last I heard they were flying along at 8 knots with just the Genoa.

They have over 2,000 miles to go, to reach their next destination. I’m praying for a smooth, safe passage for them.
More updates to follow… 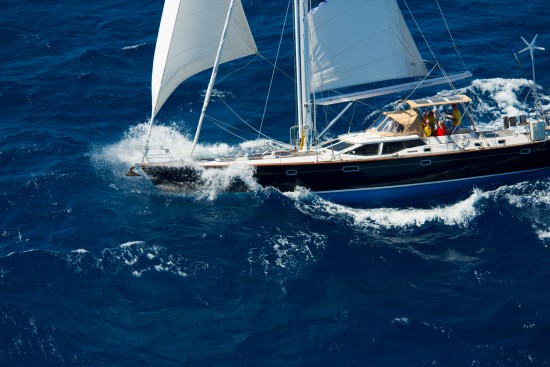 This article was posted in On Route. Bookmark the permalink. Follow comments with the RSS feed for this post.Post a Comment or leave a trackback: Trackback URL.