Shark Bait! For The Love of Tomatoes

While tomatoes have always been one of my favorites in the fruit and vegetable group, I’ve previously taken them for granted, they don’t exactly fall under the “luxury” food category and are plentiful in any supermarket, at least that was before I came to the Pacific.

I had provisioned really well for our 25 day crossing from Panama to the Marquises Islands, that being said, the fruit and vegetables ran out after the first couple of weeks at sea and I found myself craving apples and tomatoes, a somewhat strange combination; it’s odd what you crave when deprived of a simple thing.

Upon our arrival in Nuku Hiva, I was dismayed by the limited selection of fruit and vegetables available. On an Island where the soil is so rich anything would grow, I expected to find fruit and vegetables in abundance, this was not the case. The one saving grace and to my great delight, I discovered “Pamplemousse”, a large citrus fruit resembling a giant grapefruit but very sweet and without any of the bitterness of grapefruit. Pamplemousse is now one of my favorite fruits and happily available in great abundance throughout the Islands. However, there was not much else in the fruit line, some imported oranges and occasionally some apples, obviously there were bananas and plantain, starfruit, guava, watermelon and coconut. Mango (my favorite fruit) was out of season, as was pineapple. Nothing at all in the berry family, I was so disappointed but managed to make the best of it with the limited selection available to me.

A ship arrives once a month from Tahiti bringing supplies to the Islands, but it all disappears in an instant between the “fruit and veggie craving cruisers” and the Islanders, it’s gone in a heartbeat, so you need to be quick. There are no tomatoes, ever in the supermarkets, lettuce appears only in your dreams, but you can get potatoes (usually old and soft), onions, garlic, eggplant, breadfruit, boc choy, tarro, squash, sometimes celery, and a couple of other local vegetables that I was unfamiliar with.

We were in Nuku Hiva a few weeks before I learnt of the “Fresh Fruit & Veg Market” that’s held twice a week in the harbour by the local farmers, not exactly held at convenient times, 4am on a Saturday, and 6am on a Wednesday. As we usually don’t get ashore much before 9am the markets have long finished by the time we arrived. When another cruiser told me of the market I decided to check it out and drag Trish, from our buddy boat “Babe” to go with me.

We arrived in the harbor about 6:15am to discover that it had started at 4am and everything was gone. The fishermen were on the dock cleaning and selling their freshly caught fish. We stood and watched for a few minutes, large numbers of Hammerhead sharks were thrashing greedily about in the water below, devouring all the fish guts thrown in by the fishermen. Trish and I bought a couple of fish, at least our early morning start would show some reward. Pushing the image of the hammerheads only feet from my dinghy to the back of my mind we cautiously returned to Babe and Daisy, determined to get to the next market, on time.

It was Paul who accompanied me to the next market, I picked him up from Babe in the early hours, it was still pitch black as we made our way precariously towards the harbor, there were no lights and I couldn’t see where I was going, Paul was at the front of the dinghy looking out for bouys and any unlit boats at anchor, we went way off track as we couldn’t see the harbor and ended up the other side of the bay. By now dawn was breaking slowly and we were finally able to see where we were and make our way back.
The whole time we were bobbing around in the waves looking for the shore and the harbor I couldn’t help remembering all the hammerhead sharks Trish and I had seen last time around the harbor; my imagination (like a crazy hamster on its wheel) was running riot, I had all sorts of visions of Paul and I ending up like the fish guts, as shark bait, and Bob and Trish finding Whoops-a-daisy floating, blood splattered and unmanned in the bay! All this for a few tomatoes and a lettuce, were we mad?

When Paul and I finally arrived at the market, there were three other people waiting, but the market had yet to open. We hung around and waited for about 20 minutes, gradually the number of people increased until there must have been about 30-40 of us, it was mostly French people, and they (like the Germans) don’t have much concept of queuing or “first come first served”!
As the shutters went up, and the market opened good manners went out the window, it was a mad house, like crazy people we all dove like lions on a kill, head first towards the precious fruit and veg.
Paul and I, being unfamiliar with the procedure and not at all prepared for the mayhem, had not formed a plan, but we didn’t let this didn’t hinder us as we sprung into action, with Paul one side of the stall and me the other, I was grabbing bags of tomatoes, lettuce, zucchini and anything else I could throw in my bag, we were yelling across the crowds of crazy people at each other what we wanted, Paul was grabbing celery, leeks, BokChoy and any other much needed vegetables. I was engrossed in an elbow battle with a small French man for a bag of limes (I won). The chaos and mayhem taking place around me was somewhat reminiscent of the thrashing hammerheads fighting over fish guts, a pretty accurate comparison.
All for Tomatoes! 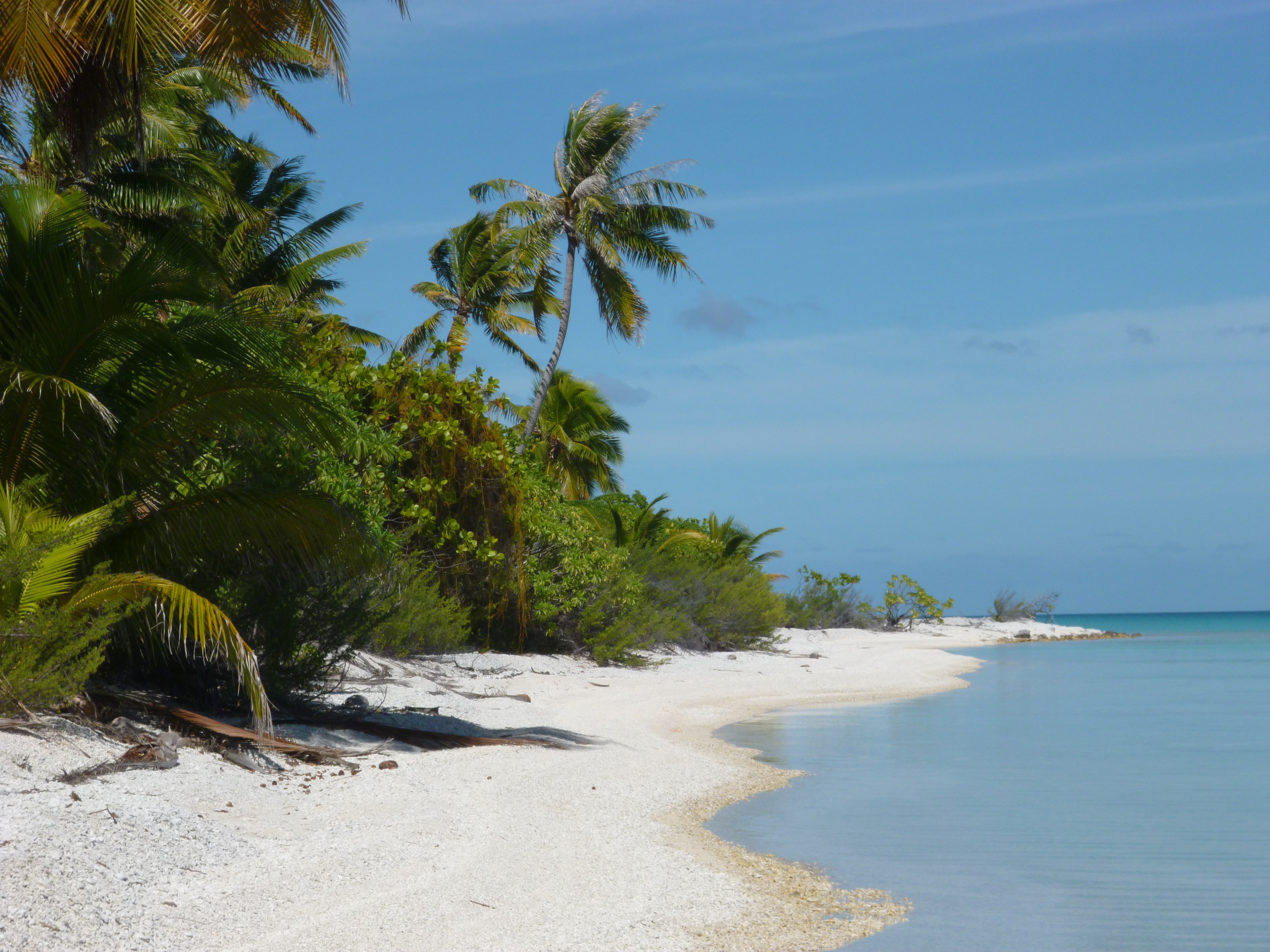 This article was posted in The Pacific. Bookmark the permalink. Follow comments with the RSS feed for this post.Trackbacks are closed, but you can Post a Comment.