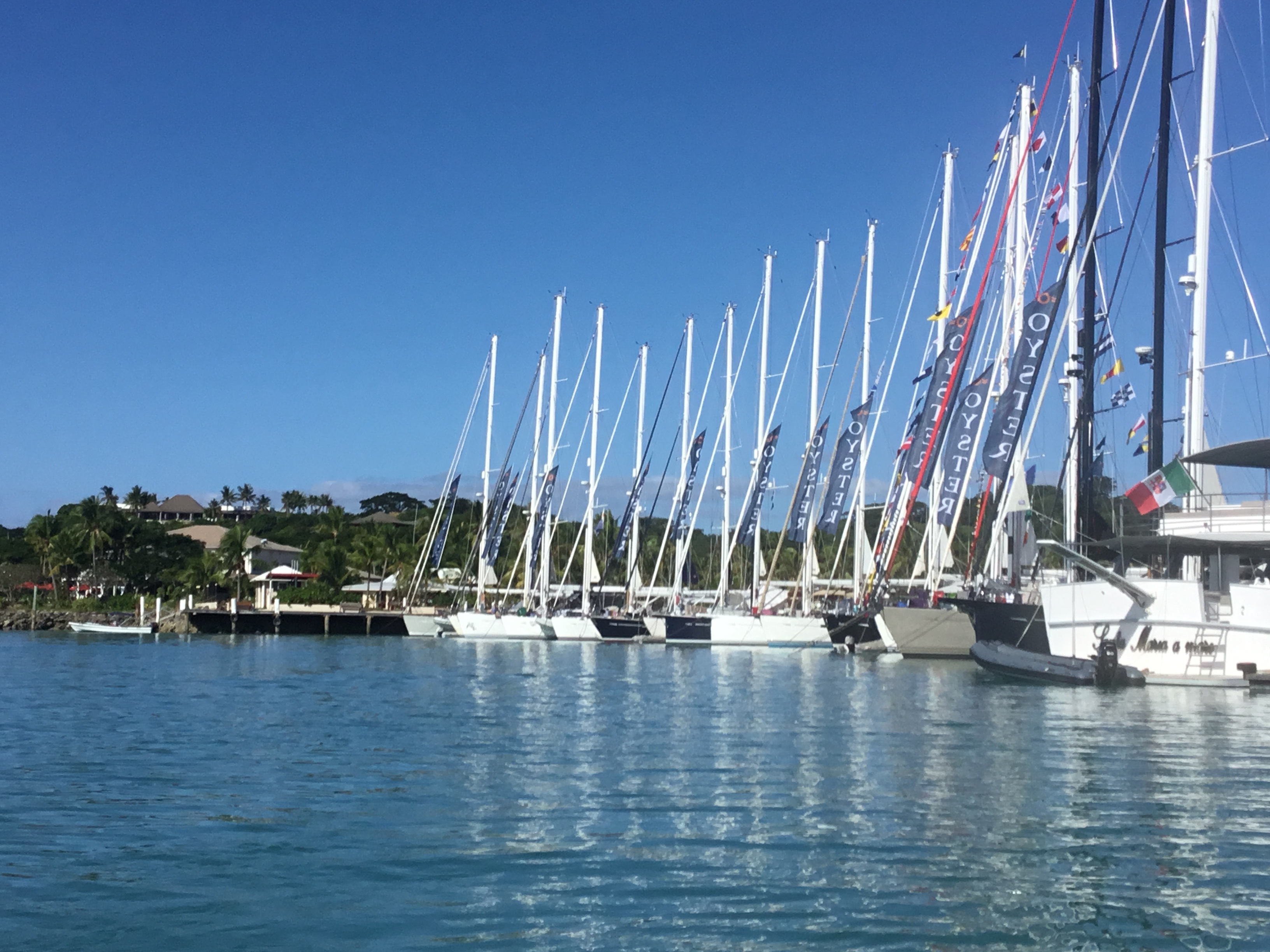 We’re still at Musket Cove, loving the peace and quiet out in the bay, as well as the restaurants, shops  and other facilities. The majority of the Oyster fleet are stern to here at the resort, in preparation for the party tonight.  Bob and I aren’t part of this rally, but because Daisy is an Oyster, and here the bay we were invited to join the party.

The only condition was we both had to do a COVID test before we went.  Happily both tests were negative, so we were good to go.

As with all Oyster party’s, the evening was really well organized and a lot of fun, the food was delicious and the entire evening was a great success; the band they hired was brilliant, the lead singer had the most incredible voice. Trish danced like a teenager all night, and dragged everyone up on the floor.

The people in this fleet are a relaxed, lovely, happy, easy going bunch that remind me so much of the people on the first Oyster rally,  9 years ago. Bob and I are still friends with so many from that first rally.

In 2018, we did the New Zealand to Vanuatu, and on up the Queensland coast of Australia to Darwin legs of the second Oyster world rally, on our friends Lesley and Don’s boat True Blue. We really enjoyed our time with them and their crew, and we met some lovely people in the rally, but overall the participants were a very different group from the first, and I didn’t sense a closeness that was so evident on the 2013 rally, but that being said, Bob and I only did four months of that rally so maybe the group developed a closeness as the time passed.

Anyway, moving along,  We’re getting ready to say goodbye to Paul and Trish again, as they’ll be heading out with the fleet later this week to cross to New Caledonia and on to Australia.

We’re going to miss them, once more…