The ocean was quiet this morning and the water below Daisy was as clear as glass. I could see right to the ocean floor. Enormous eagle spotted rays swam past the boat.
Late morning we took Whoops-a-Daisy around the west side of island and across to another small island which was covered in birds. The water was teeming with fish, there were rays everywhere you looked and swarms of fish, no wonder the birds love it here. We watched ariel battles between frigates and gulls as the frigates fought to steal the gulls catch. Cleverly the gulls would land on the water knowing that the frigate birds wouldn’t dare risk landing. Each time the gulls tried to take flight again the frigates would swoop down and snatch their catch. We saw several fire clown fish, beautiful blue parrotfish, and a number of triggerfish. On the West side of the island we spotted a little beach. Attempting to reach the beach in the dinghy was a little tricky, we made it cautiously, but couldn’t stay long because the tide kept trying to take Whoops-a-Daisy out to sea, being old and forgetful we had left the anchor for the dinghy back on Daisy. The number of pelicans here is incredible, they cover every inch of shoreline and rock.

Later, back on board I took a dip off Daisy’s stern with Bob’s underwater camera and tried to photograph a large ray that was sleeping on the seabed beneath us. The water was quite cold so I didn’t stay in for long. Mid afternoon was time for nachos and margaritas, followed by an afternoon nap. 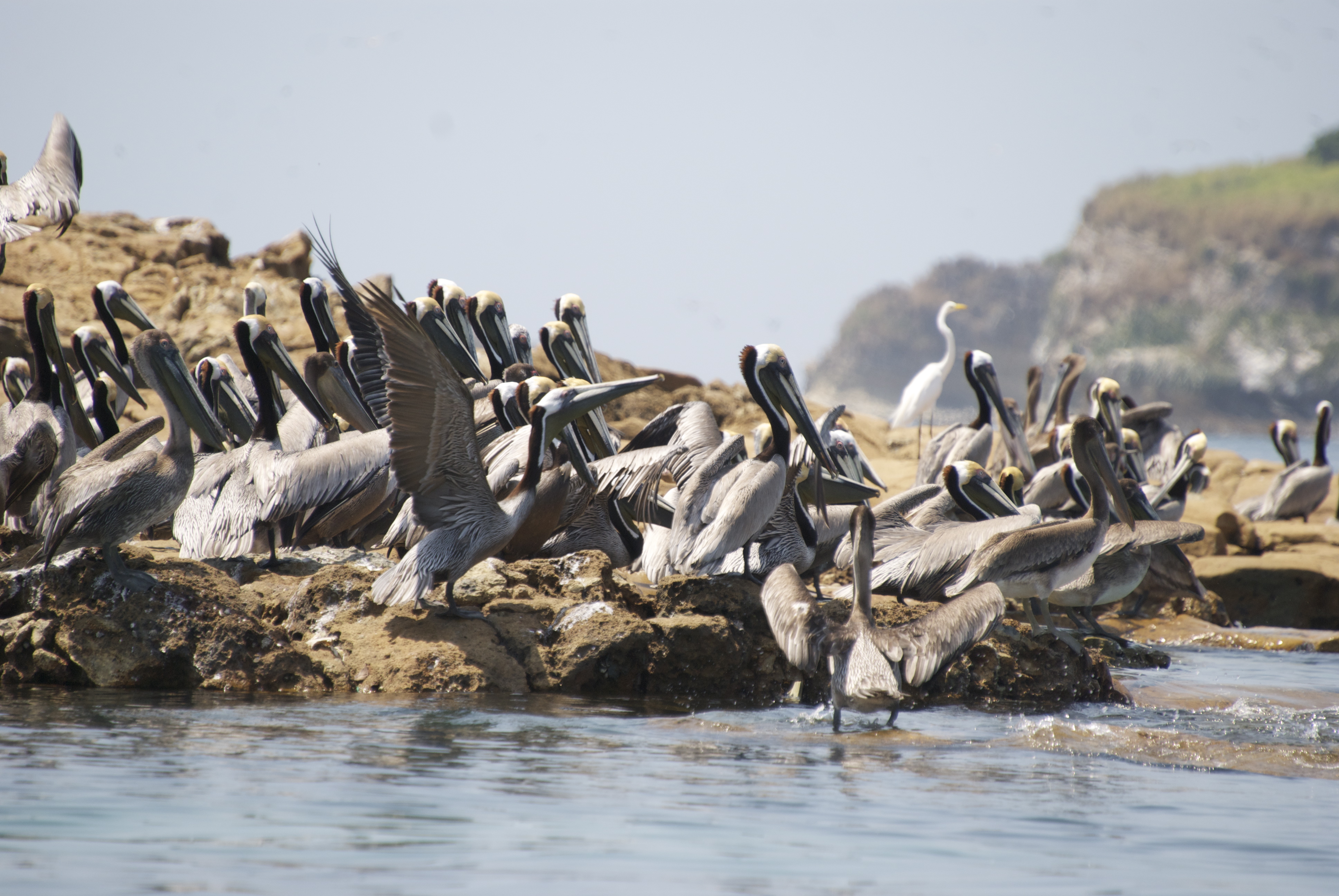 A little boat arrived and dropped off supplies to the island; obviously the only way to get supplies here would be by boat or helicopter. Bob said he thought he could see a helipad.
I was down below at five o’clock making a cup of tea, when I heard a helicopter approaching, it flew just overhead and then landed on a helipad next to the house. The island of Pacheca has a lovely little house, a beach house, dock and some workers cottages in its grounds, I couldn’t help wondering who was flying in. I don’t know anything about this island; all the books say it’s uninhabited, so it must be someone very rich or special to have been granted permission to build here…

My curiosity peaked as I watched through my binoculars, the helicopter set down but I couldn’t see who was getting off. However, I did see heavily armed men in combat gear, patrolling the grounds. Now I’m really curious, why would a remote island need armed guards?