So spoilt! I find myself once again in just another version of Polynesian Paradise. We were anchored inside the lagoon of Tahaa and Raiatea next to the private Island resort of “Le Tahaa”.

Bob and I wanted to check out the resorts spa facilities and dining options, so we changed into our “ Sunday Best” beach wear and headed over to the landing dock.

We were greeted by a friendly security guard, who inquired politely if we had a reservation. Quite obviously we were not resort guests as we were arriving in a dinghy. Privacy is taken very seriously for the guests in this resort and every effort is made to enforce that. We explained that we wished to check out the spa facilities and availability. A quick radio call was made to the front desk and we were instructed to proceed to where a resort representative would meet us.

We were greeted by Stephanie, (who spoke perfect English) she couldn’t have been more helpful or kind, talking us through all the facilities offered at the resort and taking the time to show us around the restaurants, unfortunately we were unable to visit the spa as it was occupied at that time, although the list of spa treatment offered sound so tempting we will definitely be back. All the staff we met during our short time at the resort were absolutely lovely, very polite, helpful and accommodating, each guest here is made to feel special and nothing is too much trouble.

There are three restaurants within the resort, “La Plage (The Beach)” which is just off the beach, this is open (as long as the resort is not full) to non residents with a reservation. “Vanilla” which is on the upper level reached by stairs cut into a tree in the main building. The cocktail bar and Gourmet restaurant are also on this level. Both restaurants and bar have a fabulous view out through the trees to the beach, Islands and ocean beyond. Some of the tables in the Vanilla restaurant are situated on individual decks outside, over the gardens below, to create an intimate environment, but there is a choice of indoor or outdoor dining.  The Gourmet restaurant is a much smaller, enclosed, intimate dining area where, judging by the menu, “fine dining” is a certainty.

Stephanie was very proud to inform us that the restaurant is expecting a Michelin star in 2018, which would make them the first and only restaurant in French Polynesia to have one.

Before leaving the resort we asked to visit the beach bar for a cocktail, where we were able to view more of the resorts facilities. The cocktails were, as expected from a five star resort, quite pricey, for example, a Kir Royal will set you back $34. A couple of cocktails here could send a red alert to your visa!

However, as should be expected from a five star resort, I’m sure that Le Tahaa Private Island and Spa, is more than capable of meeting the most demanding expectations.

The resorts isolated location on Motu Tau Tau, just across from the Island of Tahaa is absolutely sublime. The amazing views from the resort look to Tahaa opposite and Bora Bora to the West.

The accommodation is comprised of luxurious overwater bungalows as well as beach side bungalows with their own pool; every option is designed with luxury in mind, providing supreme levels of comfort and space. The water sport options include the use of kayaks, paddleboards, jet-ski and snorkel equipment.

For snorkeling enthusiasts it doesn’t get much better. This location next to the amazing Coral Gardens is just fabulous. Bob and I snorkeled here every day, sometimes twice a day for up to two hours a time, or until we were so wrinkly our masks were in danger of becoming permanent fixtures on our faces.

With all the places we have traveled worldwide, the coral gardens of Tahaa have some of the best snorkeling anywhere. It’s too shallow for diving, but the gardens are well protected from the elements, so even when a 20 knot wind is blowing the water is calm and easy to swim and the fish abundant. Once I get the fish identification book I ordered, I will catalogue all the species I’ve seen so far, some of which I’m familiar with, but most of them are completely unknown to me, the coral gardens are abundant with hundreds of different species. Bob and I have taken thousands, and I mean thousands of photographs, along with hours of film on the GoPro. It will take us months to edit and sort through it all. Be warned “future guests on Daisy” you will be subjected to hours of fish photo & film viewing.

I only have two reservations with this resort; the first, is that the coral gardens attract dozens sometimes hundreds of tourists daily, which are brought over from Tahaa and Raiatea by the boatload, starting about 8am each morning until 4pm each afternoon. The tourists are not able to access the grounds of the resort, as there are security guards at either end, however, for any resort guests wishing to snorkel the gardens they would have to deal daily with the crowds of tourists.

The only other downside (in my opinion) to Le Tahaa resort, is how much expansion has occurred over the last couple of years. I can’t help feeling that they’re at risk of loosing the intimacy of the resort. Other than that this place is amazing. I’ll write more on the resort after sampling the restaurants and spa… 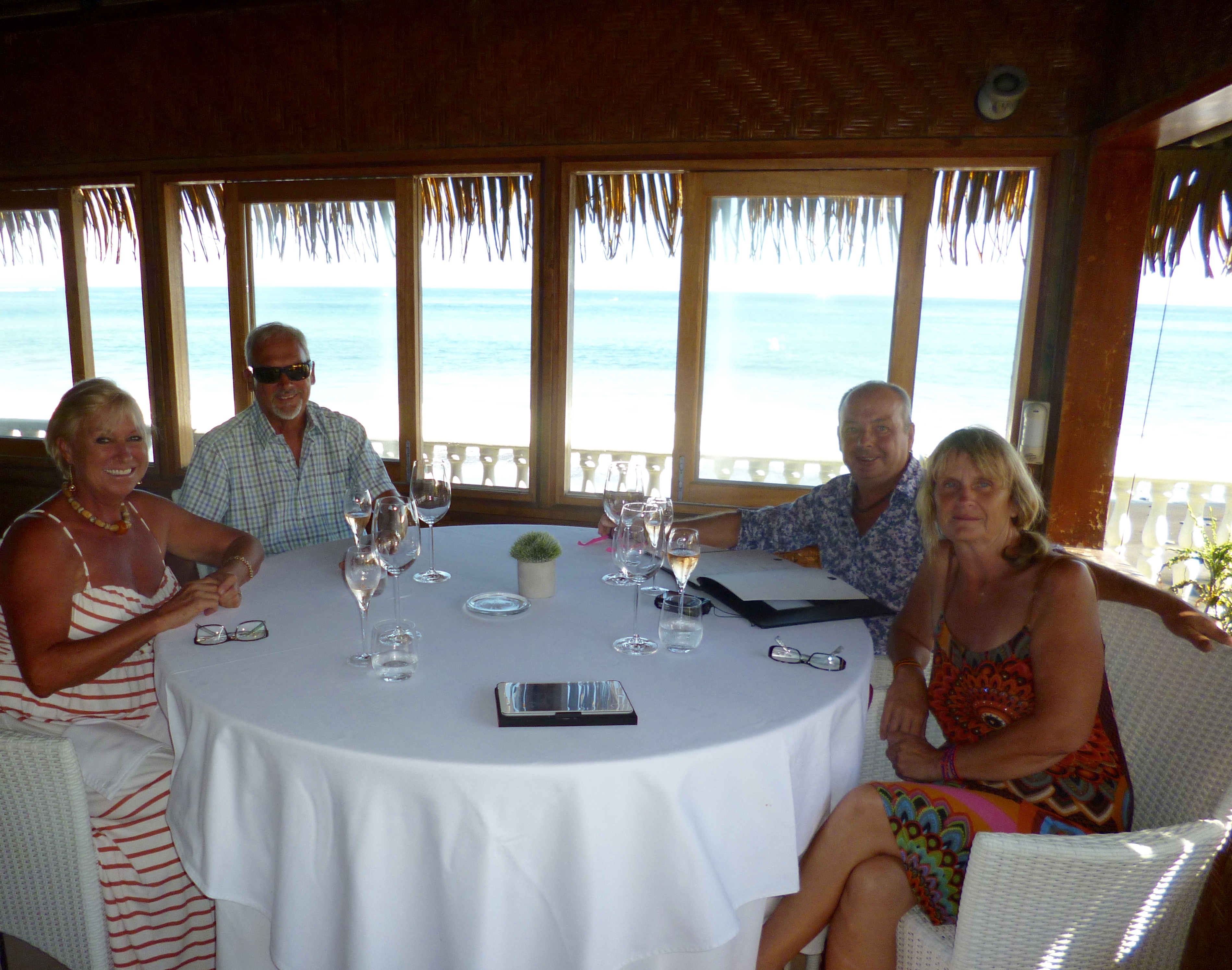 For more information go to: www.letahaa.com

This article was posted in In The Pacific, The Pacific. Bookmark the permalink. Follow comments with the RSS feed for this post.Trackbacks are closed, but you can Post a Comment.