April – May 2018
After we made the decision to join our friends Don and Lesley on their beautiful Oyster 66, ‘ True Blue’ for the second Oyster World rally. It was all hands on deck, (with the exception of yours truly) getting her ready to join the Oyster World Rally. My very important job was to help Lesley create beautiful meals for our crew…

I’m not convinced that Bob had fully taken onboard the amount of work involved. He spent the best part of two weeks in the engine room, despite True Blue being a 66’ boat, the engine room is not the best to work in, (its a hands and knees job in there).
There were a few problems requiring attention, nothing too problematic and nothing Bob was unable to fix, there were a few issues with the engine itself, the generator , the furling on the mainsail, and the auto pilot and this and that, the list just went on and on (as it always does on all boats, new and old), but Bob was determined to do everything he could to fix it and make it safe for all of us, with the help of Captain Don, Glen and Stewart (crew) they diligently worked their way through all the issues one by one.. 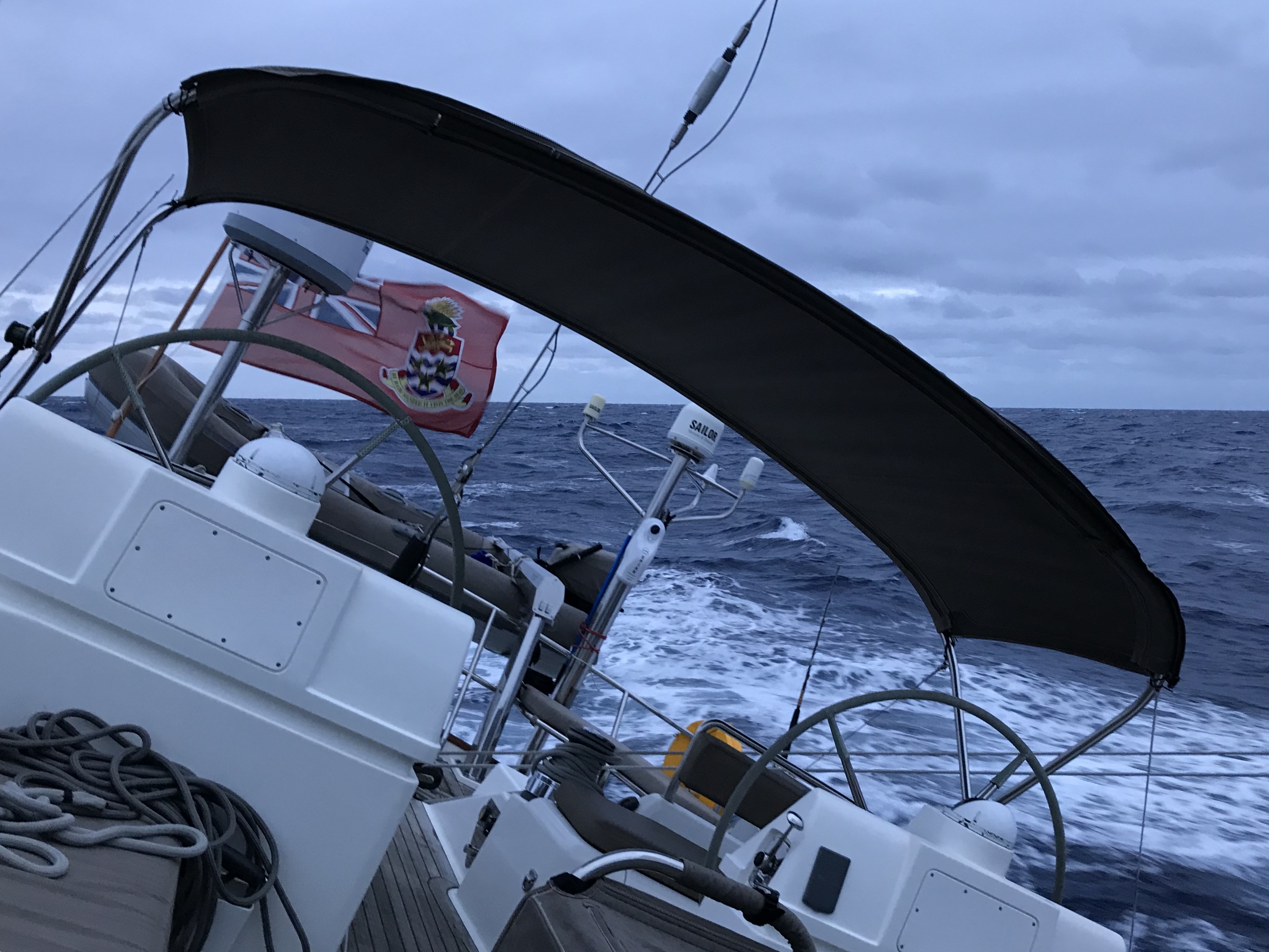 Finally, after a few false starts, we were about ready to leave Whangarei and head up to Opua to join the rest of the rally. This was where Don informed me that I would not be joining them for the first part of the trip, I would have to wait behind and fly up to Vanuatu and join True Blue there.

I had dislocated my hip twice following my surgery in November, and Don was worried that if we had a rough crossing I would be in danger of another dislocation if I got thrown about in rough weather. And being so far from land and any hospitals, it didnt make any sense to take the risk. I was really dissapointed, although I understood.
As it turned out, two of the days in the passage were really quite rough, so all in all it was a good decision on Captain Don’s part that I wasn’t with them.
Splash day was (initially) very exciting, she was finally going back into the water, unfortunately, once back in the water there was yet another immediate problem.
Bob who was onboard for the launch, was able to immediately get to grips with it and diagnose the problem, but we needed parts (a gasket)!
I met Don ashore, and the two of us drove around Whangarei trying to find a gasket for whatever it was that wasn’t behaving itself aboard, while Bob took on another “fix it job”. All the time with the anchor dragging, it turned out to be a somewhat stressful day, not the exciting day we had all looked forward to. However, Bob finally fixed the problem and they were all set, sadly it was too late in the day to leave for Opua, tomorrow morning would have to do…
Bob didn’t leave with them he stayed a few extra days with me in Whangarei while Don, Lesley and crew sailed her up to Opua. There were a few “must do”jobs on Daisy (surprise, surprise) before he could leave. Once he was satisfied all was OK, we both drove up to Opua to join the crew, for hopefully a few relaxing days.
A few of the other Oysters were in the marina, all of them chomping at the bit to get going, they needed the right weather window. The day they left I drove myself back to Whangarei and Daisy.

I stayed on Daisy out on the hard in the shipyard for a week, it wasn’t that bad, I had some lovely people there for company, and I was able to keep busy with a few jobs on Daisy, making sure she was safely put to bed for a few months while we were gone.

I had moved all my luggage (and all the other related crap I take everywhere with me) onboard before they left, so I was ready to make my flights with just a back pack and a small carry-on.
My flight from Whangarei to Auckland was very easy, I had a lift to the airport from John (a boat neighbor). It was a very small airport, no security, no check-in, you simply scan your boarding pass and jump on the plane, it reminded me of how flying used to be about 30 years ago, before all the damn security became necessary. I was excited to finally be joining the crew for another adventure.

This article was posted in Oyster World Rally #2. Bookmark the permalink. Follow comments with the RSS feed for this post.Trackbacks are closed, but you can Post a Comment.