Customs, immigration and bio security were due to arrive between 8:30 and 9 this morning.  Lesley and I had planned to get up early to sort  out the fresh food  we had left, that would probably be confiscated. Unfortunately we both slept a little later than normal and I was busy sorting the fridge food at 7:45 when the bio security officer ‘Alan’ turned up.

While  Don sat and went through all the paperwork with officer Alan, I hastily made Gruyere cheese puffs, using up the last of the puff pastry and the Gruyere cheese. After paperwork, came the inspection of the pantry, fridge’s, freezer and all food storage areas. Then the troupe of officers from customs turned up with ‘Hooch’ the adorable detection dog. 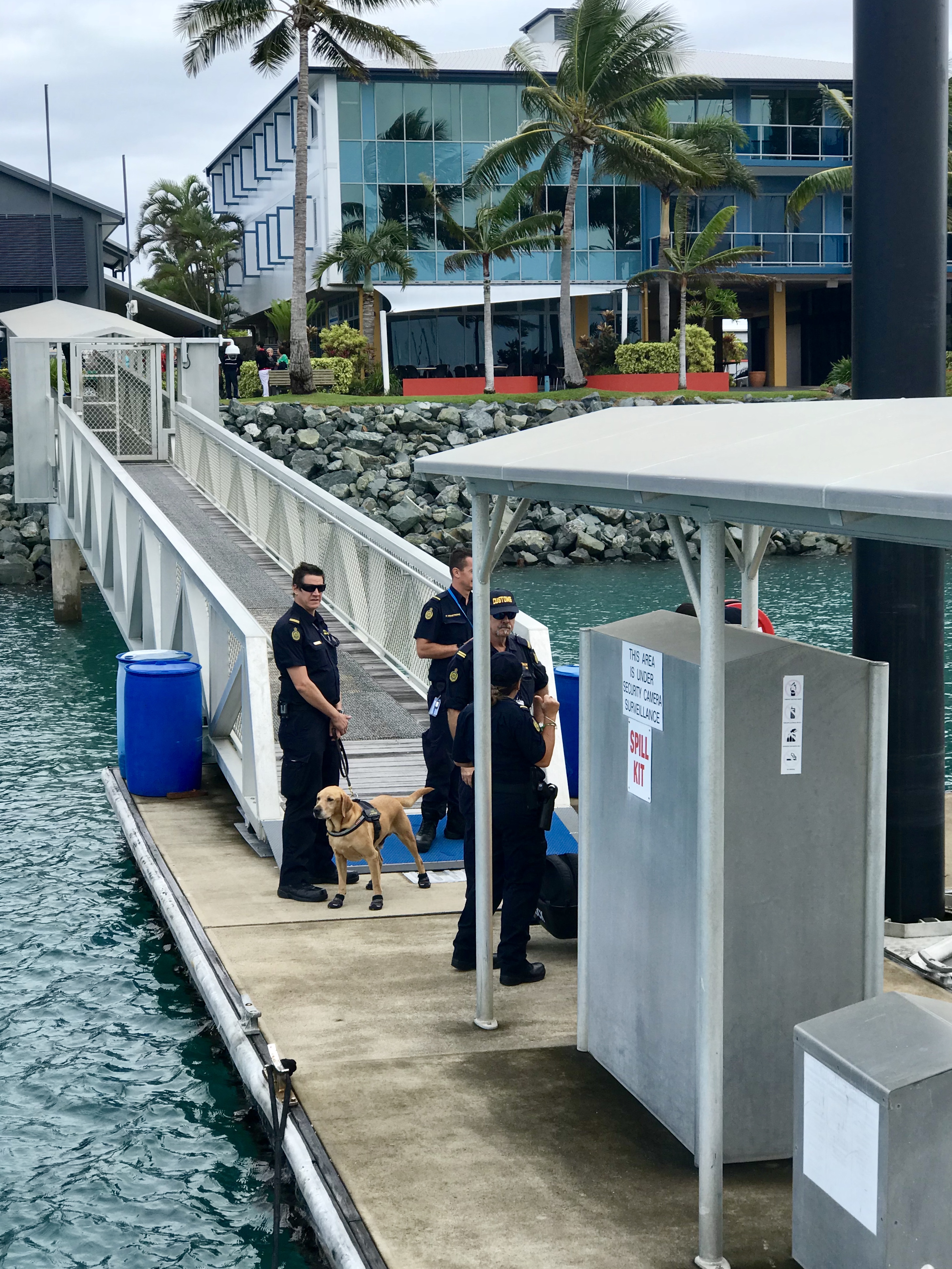 Hooch was wearing a very sporting set of black uniform booties, to make sure his claws didn’t damage the teak decks. We all has to get off the boat so Hooch could do his job. The officers were all extremely nice and went through the boat with a fine tooth combe, it would have been impossible to hide a toothbrush, they were so through.

Two hours later we were all checked in, we moved onto the dock and opened a lovely bottle of Minuty… 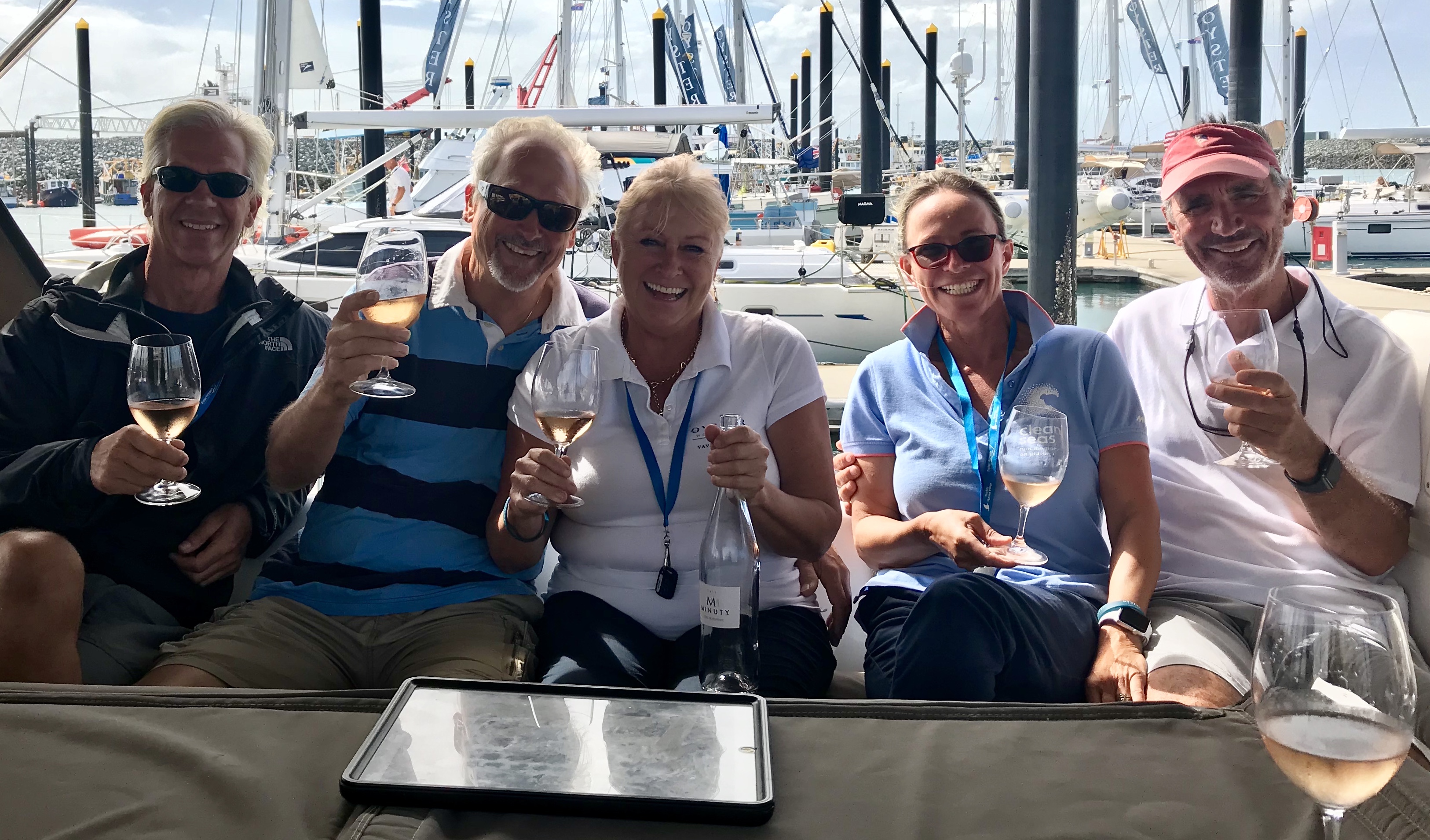 let the next adventure begin.

This article was posted in Australian Coast. Bookmark the permalink. Follow comments with the RSS feed for this post.Trackbacks are closed, but you can Post a Comment.