Following my excitement and rather pathetic endeavors to photograph a Cockatoo about 70 feet at the top of a tree with my powerful Nikon zoom lens; we arrived at Hamilton Island to find dozens of them everywhere. Common as sparrows here in Australia, the Cockatoo’s are literally everywhere and brazen with it. 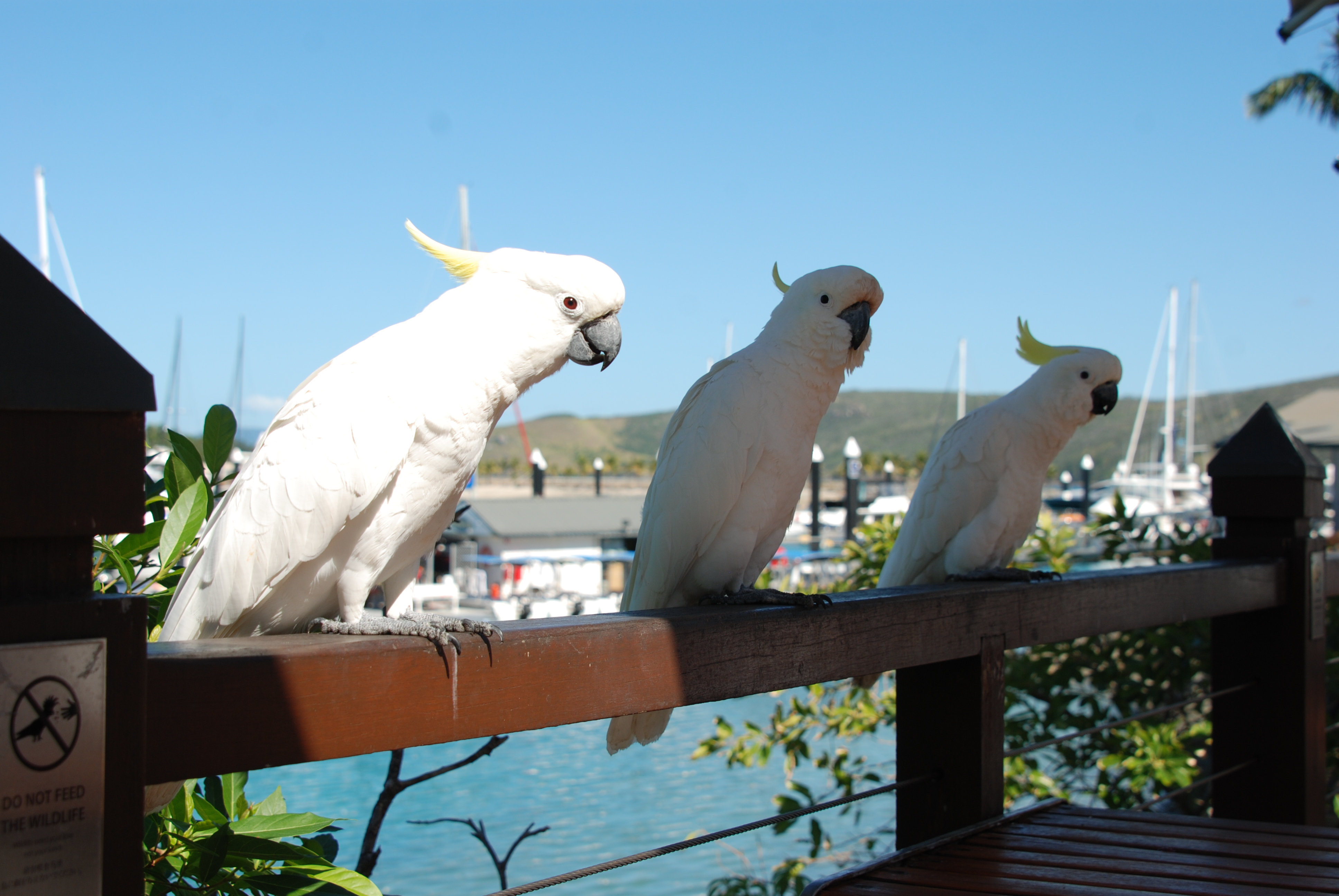 They’re a great tourist attraction ‘initially’,  but people quickly get fed up with their bad behavior.  On the marina front there are cafe’s and restaurants where you can sit and enjoy a drink and something to eat while overlooking the marina.  The birds are there in abundance, and not just the Cockatoo’s, but the seagulls and enormous crows, they crowd around the tables hoping for scraps, many of the people (despite notices everywhere not to feed the birds) throw scraps of food, which bring the birds in flocks,  screeching and squawking  from all directions. If you drop a piece of bread the onslaught is like a scene from Hitchcock’s movie  “The Birds”.

While sitting at one of the tables, I watched a seagull swoop down and literally steal a french fry from the mouth of a diner. The birds all sit in the surrounding bushes on the rails, cars, umbrellas, anywhere where they can be close to the diners.

I was busy taking photographs and had a paper bag on the table with my half eaten feta and spinach pastry in it, I deliberately left it in the bag while taking photographs thinking it would be safe, “ha” not a chance, I turned around at the sound of paper rustling, to see a cockatoo, brazen as brass, on the table with his head in the bag, as I made a grab for the bag he immediately pulled his head out with my pastry in his beak and took off into a maelstrom of screeching feathers as about 50 other birds attempted to steal his catch.  Not a great place to sit and eat!

I’m usually a culprit of feeding the birds, but in this case it really is not a good idea, and people should absolutely pay attention to the signs and “NOT FEED THE BIRDS”…