Batten Down the Hatches

Following a few rain squalls yesterday afternoon, we woke this morning to a sky that was ominously dark grey and foreboding. The wind was slowly gaining in strength, but it looked as though the actual storm was way off in the distance. A couple of people were out on their foils, wizzing around the bay enjoying the building wind. We sat up on deck and called our son Edi to check on his progress sailing up the East coast, and while we were chatting a few rain drops started to fall, we moved further under the dodger for cover and within only a matter of minutes the storm hit us full on like a tank, with over 60 knot winds. I couldn’t help wondering whether the guys out on their foils had been picked up (like Dorothy) and hurtled across the ocean to the mainland. 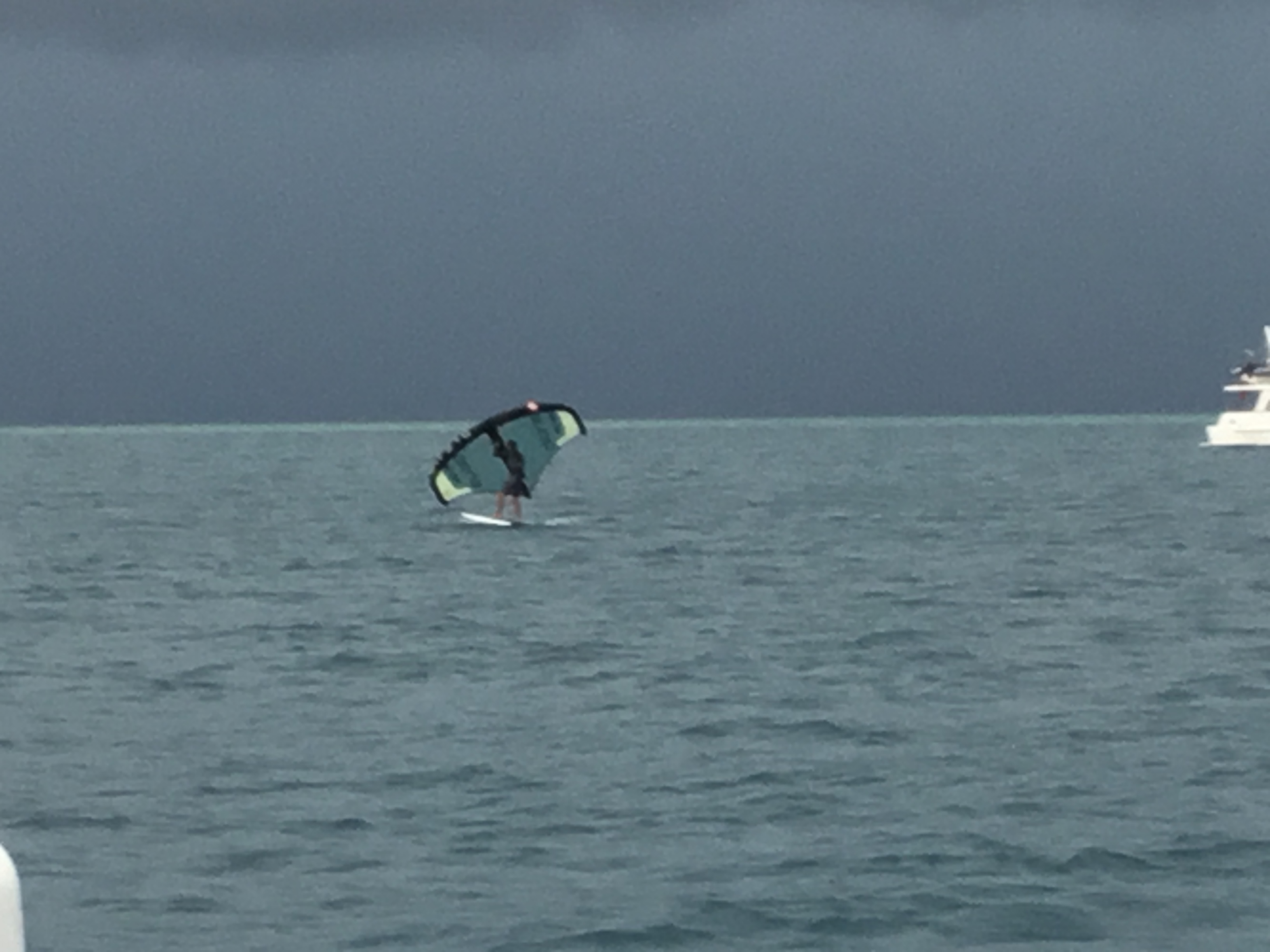 Our window shade-covers which are usually securely fastened had been undone to allow us to open one of the large windows in our saloon, consequently the 60 knot winds picked all the covers up and I was sure it would be the last we would see of them, thankfully they were well secured at the top, and actually held through the storm. The wind whipped up the water in the bay and we were engulfed in a thick mist

As the waves built, messages started coming over the vhf about an unoccupied boat that was dragging into one of the other boats in the bay.  The noise from the storm was made worse by the deafening thunder, and as the lightening flashed overhead I quivered below clutching my bottle of vodka as if my life depended upon it.  I don’t do well in storms, especially if I’m on a boat.  I would love to tell you how brave I was and  how professionally I had checked all the hatches and made sure all was tied down or brought inside, instead all I could think about was a glass for my vodka? As usual I’m not the best first mate in a yachting crisis. It all happened so fast, but then at least no damage was done and Daisy has had a lovely fresh water wash down.
The worst of the storm passed within about 20 – 25 minutes, then we were left with dark skies, torrential rain and the odd clap of thunder.  Oh what a lovely day in the Tropics 🤪

This article was posted in Fiji 2022 and tagged 60 knot winds, Fiji, Pacific Storms. Bookmark the permalink. Follow comments with the RSS feed for this post.Trackbacks are closed, but you can Post a Comment.