ASHORE WITH DR DON ON EMAE

At 8am this morning, Lesley drove Don, Glen, all the medical supplies and me, ashore to meet Dr Donald’s driver, we carefully picked our way in between all the coral heads to reach the shore, a very precarious trip at tick over speed. The driver picked us up in the one and only vehicle on the island, an old rusty pick up truck. I climbed into the bed of the truck with Glen, and quickly decided that it wasn’t the most sensible decision I had made recently given my “new hip”. The “road” for want of a better word, was two mud trails with a grassy middle, full of stones, boulders pot holes and thick undergrowth. To say the ride to the first village was bumpy, would be a huge understatement, I had to stand, it was quite a test for the new hip, which thankfully passed, although I was not about to test it again and gratefully accepted the inside seat in the truck for the following trips.
The first stop was Dr.Donald’s clinic, a brick/stone built building painted bright yellow, with a proper roof and some of Tom’s solar panels. There was no sink, water is a luxury here.
Don was concerned about the cleanliness in treating/diagnosing patients. He decided that he would do what he could in the future to get a sink installed and running water for the clinic.

Under the cover of the porch, we emptied all the bags of medical supplies onto a mat provided, and proceeded to sort them into groups, antibiotics. pain meds, bandages, ear & eye treatments, emergency kits, blood test strips, cough meds etc, etc… we had a bunch of stuff. Once it was all in order Glen and I carried it batch by batch into the medic storage room for the Dr and assistant to put in the right space on the shelves. 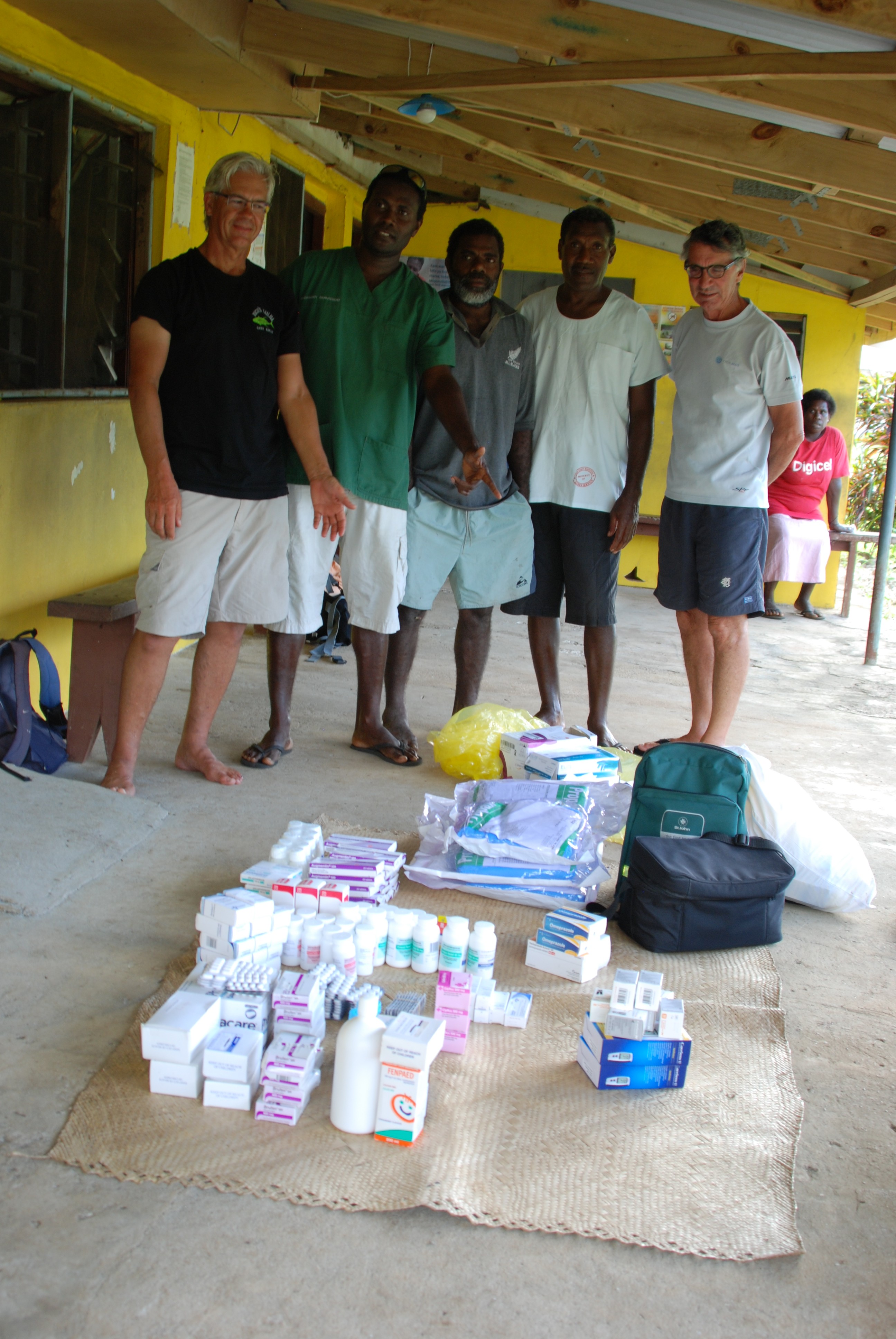 Once all the meds were put safely away, I acted as patient for Don to demonstrate how to inspect and diagnose ear problems (of which there are many on this island) Dr Donald is a medic not a trained doctor, his knowledge is limited at best, but he does his best and its better than nothing. Don was teaching him how to diagnose the most common ear problems.
Then Glen and I walked around to see the local school and meet the peace corp worker Annalise, while Don and Dr Donald carried out a clinic on what looked like the entire village, they had all turned up with various problems, or just wanting to watch (there is no privacy here).
Glen and I were shown around the school library that Analisse had reorganized during her few months here. She has done an amazing job, given the tools available to her.

Inside the local school library, organized by Annalise. 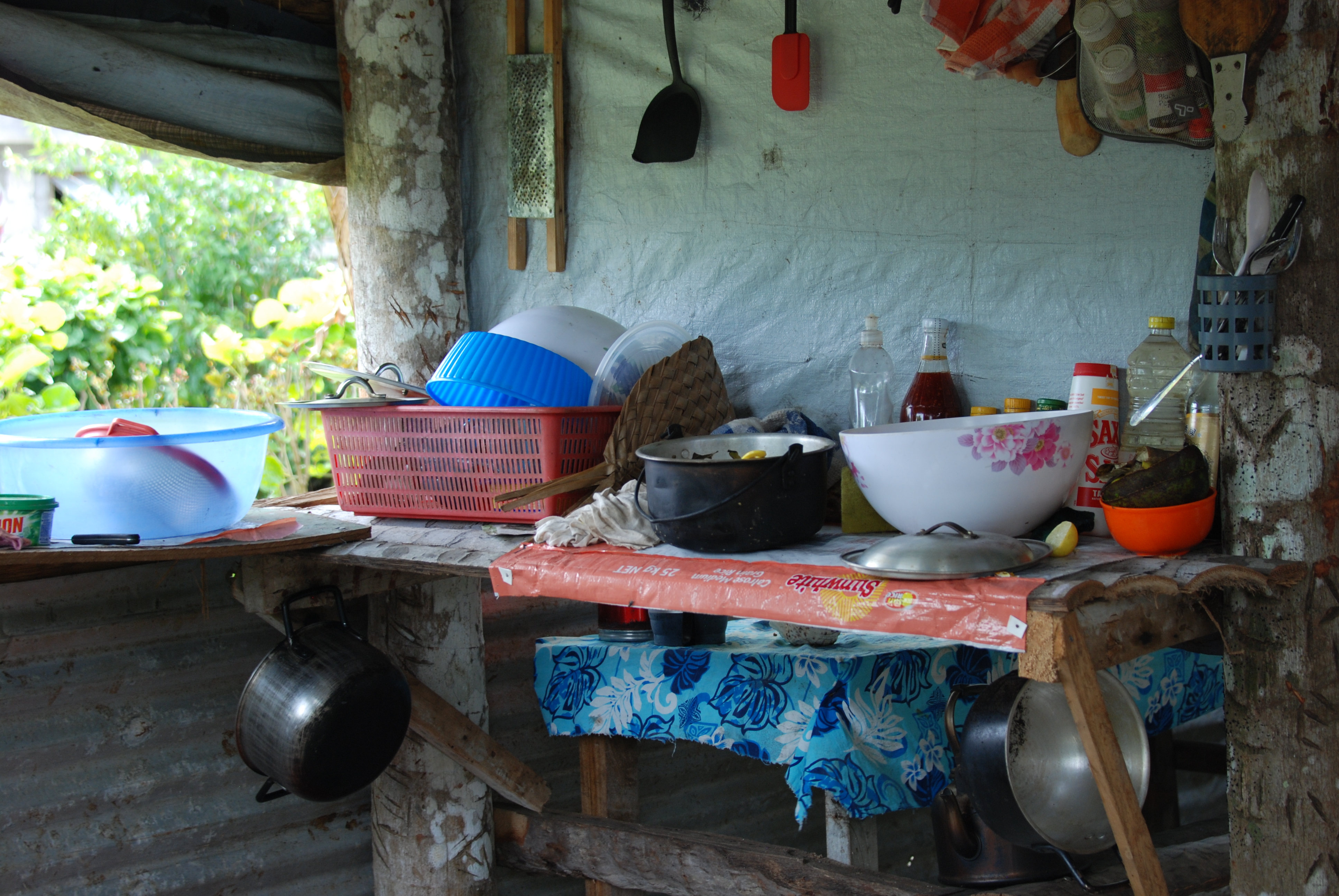 We then all went for a walk to the beach on the far side of the Island, stopping along the way to chat to some of the locals on their way to the clinic. Analisse showed us her little house and her vegetable garden. It was very primitive to say the least, the kitchen stove was a small fire pit with two metal bars resting across the rim to stand pots or a kettle over. Water is a precious commodity here, so toilets, sinks and showers are a rare luxury. I admired her tremendously for her hard work and positive attitude, I don’t think I could do it. 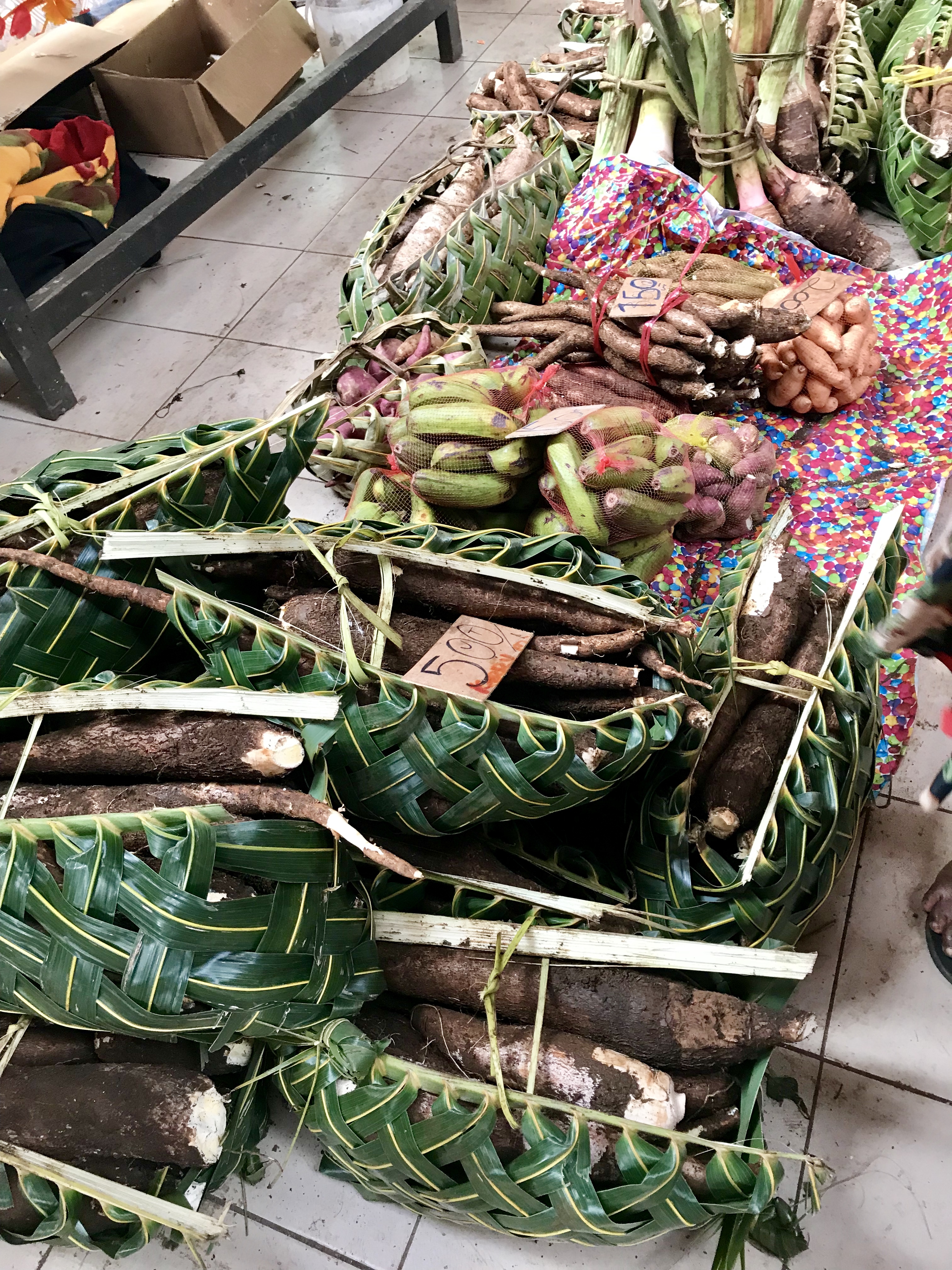 Food consists mainly of cabbage, taro, basic vegetables, pamplemousse, bananas, coconuts and a few other locally grown ingredients, variety is not something the locals have access to.
We all climbed back into the truck (me in the front seat) after Don had said enough, no more, the entire village (no exaggeration) had turned out to be seen, it would have taken him days to see everyone, and we still had three other villages still to got to. The villagers gave us bags of chili peppers, coconuts, bananas and pamplemousse as a thank you, as we headed out with Dr Donald to the next clinic. This turned out to be a palm leaf covered shelter open on all sides on the edge of the village, with a table and logs for seats around the outside. Shortly after arriving all the locals started turning up, and before long there was a long line to be seen. My job at all the clinics was to take photographs. Not a difficult job, the people were lovely, and the children adorable and funny. Finally at 4pm we were back on the beach waiting for Lesley to pick us up in the dinghy, I was exhausted. It had been a great day, and we came back laden down with fruit…

This article was posted in Oyster World Rally #2, Vanuata. Bookmark the permalink. Follow comments with the RSS feed for this post.Trackbacks are closed, but you can Post a Comment.